Chris Atkins, filmmaker, journalist and author, on the catastrophic impact of Covid-19 on prisons

No. 6 in our blog series exploring creative approaches to transforming the criminal justice system.

Most ex-jailbirds want to quickly forget their time behind bars, but I didn’t have that option. I’d got sentenced to five years for tax fraud in 2016, after getting involved in a dodgy scheme to fund my film. I kept a prison diary which was published a year ago, called A Bit of a Stretch, and has since become a bestseller. I’d assumed that interest in prisons would evaporate once the world went into lockdown, but it was quite the reverse. I was bombarded with tweets asking how to survive isolation, so I replied with tips about the importance of routine, breaking the day into manageable chunks, and timing your bowel movements for the greater good. I was bemused to see people directly comparing the lockdown to prison, with Ellen DeGeneres complaining in her LA mansion: “This is like being in jail, mostly because I’ve been in the same clothes for 10 days and everyone in here is gay.”[i]

But aside from upsetting Hollywood celebs, Covid-19 had a catastrophic impact on British prisons, which were already in a nightmare state. Family visits were cancelled and prisoners were immediately locked in their cells all day. The Ministry of Justice claimed that the system was under control, but official prison inspectors were kept out which prevented any outside scrutiny. Fortunately, I was already making a podcast series about prison life and in contact with several serving prisoners, so I had a unique window into this terrible phase of the prison crisis.

One inmate explained how quickly things had deteriorated. “One minute we were doing our usual education and going to work, and then suddenly we were trapped in our cells for over 23 and a half hours a day. We got ten minutes to have a shower, ten minutes to do any admin, then we were banged back up. There was a bit of camaraderie at first, feeling we were all in this together. We made a lot of noise for the clap for the NHS, everyone was banging their doors and hooting.”

Even though prisoners were mostly stuck in their cells, they were still closely mingling when accessing food and showers. One inmate said “They’d let out a whole landing at once to queue for the servery, and we weren’t standing 2 meters apart.” A resident in another prison revealed “Social distancing didn’t exist whatsoever. 200 guys were sharing just six shower heads, with no partitions, all crammed into a tiny swamp.”

Most prisons are horrendously overcrowded, with two and even three inmates sharing cells designed for one, so coronavirus ripped right through the system. A prisoner told me how most of his wing quickly became infected. “We all lost our sense of taste and smell really early on. We couldn’t taste the prison food, which was quite a bonus to be fair!” A resident at one prison said that half their residents (approx. 800 men) had covid symptoms in the first month. But despite these spiralling figures, the Ministry of Justice claimed there were only 88 infected prisoners in April 2020[ii], as hardly any inmates were being tested. In the same month Public Health England reported that the number of actual cases was at least 2,000 – twenty times more than the government’s estimate[iii].

Symptomatic inmates were soon subjected to barbaric isolation measures, in a desperate attempt to curtail the virus. “People would be locked up for two and a half weeks solid. They didn’t even get the twenty minutes out their cells, so no showers or exercise. The officers would bring food to their door, tell them to go to the back of the cell, and push the food in. Healthcare became non-existent. If you had symptoms, they locked you up, put a sticker on the door and said ‘Good luck!’.” This inhumane shielding had surreal unintended consequences. “If you said you had the virus, the security officers would take you to the quarantine unit, under restraint if necessary. So, after you’d seen that happen, if you had the slightest fever, headache or cough, you’d just pretend you didn’t. We had people pouring with sweat and visibly ill, but pretending that they were absolutely fine, just to keep their cell. It was like the legless knight in Monty Python, shouting that it was just a flesh wound.” The collapse in prison healthcare also meant that non-covid problems went untreated. One lad had a horrendous toothache but wasn’t even allowed aspirin. His mum harangued the prison’s governor on Twitter until he was finally given proper treatment.

As in the outside world, the prison lockdowns had a catastrophic impact on inmates’ mental health. One told me of the terrible depression and anxiety on his wing: “People are absolutely at their wits end. They’re threatening to climb on the roof and kick the shit out of people.”

When I was in Wandsworth I worked as a Listener, trusted prisoners trained by the Samaritans to prevent suicides, but this vital service was stopped during the pandemic. A resident of one prison said “There were about four or five suicides while I was there. A lad owed £400 for spice [A synthetic form of cannabis]. He called his mum and she couldn’t pay it. She got worried and rang the jail, but before they got to him he’d died by hanging.” This is not an isolated incident, in May 2020 there were five suicides in just six days across the prison estate.[iv] The number of prisoners on suicide watch has shot up[v], and self-harm in women’s prisons has hit a record high[vi].

A lot of this anguish stems from inmates being separated from their families, as most visits have been cancelled since last March. You might have little sympathy for the plight of law breakers, but these brutal measures have also irreparably harmed thousands of innocent kids. Barnardo’s estimates that more than 200,000 children currently have a parent in prison[vii]. An anguished mother told me that her son hadn’t see his father for eight months, “Our lives have been destroyed.”

When I was in jail, I was able to see my son for an hour every week, which was a vital lifeline to maintaining our relationship. But now kids have been separated from their parents for up to a year, which is unspeakably cruel. If people are lucky they can sometimes access monthly prison video calls – aka “Purple Visits” – which are loathed by families. The technology is programmed to shut down if someone unauthorised enters the shot, but this is painfully unreliable. “The video cuts out every time my son moves, which is so distressing and just upsets him further. He hardly eats and has gone off his food, it’s soul destroying.” The mother sent me a photo of her son hugging a pillow which has a photo of his dad, which reduced me to tears.

Another mother told me about a physical visit she had last September, after six long months of separation. The toddler spontaneously hugged the father, breaking the necessary social distancing rules, so the prison promptly wrote to the mother banning the child indefinitely. I posted this astonishing letter on Twitter, and the decision was swiftly overturned.

At the start of pandemic, the Justice Secretary Robert Buckland promised to release 4,000 low risk prisoners slightly early, including 70 pregnant women, to create vital space for quarantining[viii] [ix]. With depressing predictability, the authorities completely bungled the entire process. Only 275 of the 4,000 eligible prisoners were ever released[x], and only 21 of pregnant women[xi] [xii]. This is especially shameful when compared to other countries. Iran, not normally associated with progressive human rights, gave compassionate leave to Nazanin Zaghari-Ratcliffe who had been detained on trumped up spying charges[xiii].

As the first lockdown eased in late 2020, HM Inspectorate of Prisons was finally allowed to enter some jails. The watchdog released a damning report this week revealing a decline in mental and physical health, and a rise in drug taking and self-harm. The inspectorate also highlighted a collapse in pre-release rehabilitation work, making ex-offenders ill equipped for life after prison which means more will turn back to crime.

There’s no question that most prison officers have performed a heroic service over the past year, and risk their lives every day. I’ve long demanded that officers should have full key worker status, and must be high up the vaccination list. But I was appalled by a spate of tasteless Tiktok videos of officers dancing in prison yards, often in full view of incarcerated inmates who hadn’t exercised for weeks.

These stories have all come from conversations I’ve recorded with dozens of prisoners for a podcast series, also called A Bit of a Stretch. But I wanted do more to help those stuck inside, so I asked my north London media friends to hand over their spare books which I drove to HMP Pentonville. I got a lovely note from the librarian saying how these were very well received on the wings. With the help of other authors including Antony Horrowitz, Deborah Moggach and Sathnam Sanghera, I’ve started Bang Up Books and convinced leading publishers to donate over ten thousand books to twenty prisons. These should hopefully ease the appalling suffering in our shamefully underfunded prisons, and maybe encourage the inmates towards a more enlightened path. 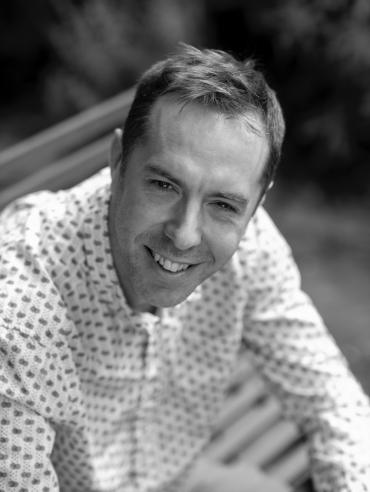