No. 3 in our blog series exploring creative approaches to transforming the criminal justice system.

“Punishment is the last and least effective instrument in the hands of the legislator for the prevention of crime.”  John Ruskin (1819 – 1900 art critic and prominent social thinker and philanthropist).

Many of our prisons date from the late nineteenth century. They are places with huge chapels. God was seen as the answer to problems. They reflect the notion of many Victorians that God, in whom most believed, together with punishment and justice, would bring the changes needed in society. Even the very architectural additions such as the scales of justice that form part of the iron railings which surround HMP Leeds reflect this. How much is this relevant to today’s society? Sadly it seems to be at the core in many prisons. Sadly much of society still believes justice is served by punishment. And yet the figures for repeat offending remain persistently high, surely reflecting that punishment has been of little effect. There must be another way.

Equally, the education act of 1870 began compulsory education for all. Before that it had been the preserve of religious societies who provided school places so that the teaching of reading would give children the wherewithal to read the Bible. In truth, it was brought in to address the problem of child labour, to stop children being sent up chimneys. Again, as with prisons, schools were brought in to address societal issues. As with prisons they missed the mark.Not only did they do that in Victorian times but they continue to do it to this day. How many children fail at school because it doesn’t seem to address their needs? How many of those children go on to end up in the prison system? Many of the children in today’s gangs have failed to engage with schooling in any positive way.

Clearly there are also other factors which also affect these issues, but they remain issues which see prisons and schools failing for so many people in society. The reason for this failure is because society in general doesn’t address the needs of the very individuals staring them in the face. In the case of prisons, problems have continued because of both society’s lack of interest and, of late, because of the severe cuts that were made to the prison service in 2010. Things that were being developed were the first things the coalition axed. As ever, that is always the case with the arts. Similarly, Tony Blair’s mantra of “Education, education, education” had a hollow ring as the curriculum narrowed, teaching to tests and the dead hand of OFSTED proclaimed that schools were failing if they didn’t achieve the requisite number of grade A to C GCSEs. I believe the two issues are directly linked. This is why I mention them in the same breath. It is why many of us who think, as did several Victorian philanthropists, that change only comes about when you deal with what is actually there, and explore the rich possibilities a group of people could present, if dealt with in a practical and sensitive way. What we have is a society that, in general, only cares about itself. A society which is driven by money and what it can buy rather than a society which cares about its fellow human beings, that cares about the folk with mental health issues, personality disorders, drug problems and people who just don’t cope well with many things they encounter in life generally. Surely this is where reform is needed and where organisations like Good Vibrations come into the frame, both to provide help for those people in prison or out in society.

I joined Good Vibrations seventeen years ago at its inception. Cathy, its founder, rang me to ask how using the gamelan worked with prisoners. She had heard I’d run a course at HMP Hull. It was a question I couldn’t answer. As far as I’m concerned folk in prison are just another set of people. I had done projects with various community groups and this was just another group albeit with different needs. If anything was different it was that people in prison, as with other places, quickly become institutionalised. That’s one of the glorious things about Good Vibrations that folk often say, “ I forgot where I was.” The effect of the music and nature of the work takes them into a different space, where they can forget, for a while, their present concerns. It relaxes them.

What Good Vibrations can and does do is provide a stimulus to build confidence to work as part of a group and produce something they have made together. This is no mean achievement for anyone, let alone people who are locked up. To this end, we facilitate most of the time rather than dishing out instructions for what is required, although that isn’t entirely excluded. To get this to happen demands a lot of faith in the product – creativity. This is never straightforward and easy because it demands that the facilitator encourages people to talk, listen and discuss. Again, the most common feedbacks are, “I was listened to” and “I was treated as a human being.” But what does this say about the experience of many in prison? One of the officers working on a PIPE (psychologically informed, planned environment) unit simply said, “When you open up in the morning it doesn’t hurt to ask how they are today.” And in one such unit I visited I asked a prisoner what they thought was different about being on a PIPE unit. He said, “Well, when you come back from a course an officer says, how did it go? They show an interest in you.” Simple, but very human things. Things missing in institutions which all too often simply don’t care.

It would be so good if changes could be made in prisons that seriously address such issues, where officers are given training in psychology and interpersonal skills. This costs money but even more than that – a will to make tackling the issue of reducing reoffending real and crucial. It needs people with skills to turn people around by providing the right environment to make this happen. Such is the case in Norway where they reckon they can do this, at most, over a timescale of seven years! Opportunities have been missed. When many officers retired in 2010, a priority could have been made to recruit and skill up those new recruits. However, the only thought at the time was to save money! In addition, to go back to my point at the beginning “society still believes justice is served by punishment.” Society doesn’t care.

I really appreciate the experiences I have had in working for Good Vibrations. Knowing that a group who may have been difficult to manage can pull themselves together to produce a performance on the last day of a course is so good. That’s because they really don’t want to let themselves down. That is part of what they’ve learnt in a week. They have found some self respect and what it is to be part of a group. I think the important issue to keep in mind is that although we use the gamelan to create music our courses are not primarily about making music but about providing a space for people to develop confidence, team working, creativity and a sense of worth. A facilitator uses his or her psychological skills to develop all these things in the short space of a  week. It sharpens ones ability to push things in a certain way, to let things go, to give people space to take on things they may never have dreamt of. Working for Good Vibrations isn’t always easy. It has changed the way I view so many things. It has changed my life. 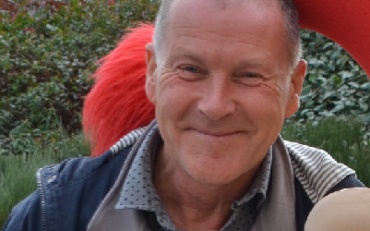