Comedian, actor and musician, Bill Bailey has been one of Britain’s most influential celebrities of the 21st Century. With an eclectic career spanning three decades, he had a long-running captaincy on Never Mind the Buzzcocks, a breakthrough role in the ‘Black Books’ TV series in 2000, and was voted The 7th Greatest Stand-up Comic by Channel 4 in 2000 and 2010.

An accomplished musician and composer, “Bill Bailey’s Remarkable Guide to the Orchestra”, had nationwide success in 2009 and used humour and popular music to make the orchestral world more accessible. He is passionate about environmental issues and has made recent documentaries, such as “Baboons with Bill Bailey” and “Bill Bailey’s Jungle Hero”.

We are honoured that Bill agreed to become our patron in 2014, given his long-standing support of our work.

“I think it’s a fascinating and worthwhile project … many aspects of it strike a personal chord with me. I have a strong connection with Indonesia – I’ve travelled there for many years and during one of these visits I was taught the basics of gamelan and played with a gamelan orchestra.

I’m drawn to the otherness of it, the strangeness and the fact that playing it is unlike any Western musical form. It ebbs and flows, has no real beginning or end, and while playing it I find the concentration required combined with the rippling sound is akin to meditation. It is relatively easy to start playing and get pleasing results, so I can see how it could provide a sense of achievement.” 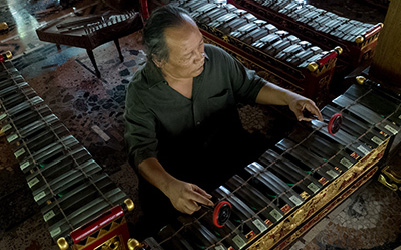 Rahayu Supanggah sadly passed away in November 2020. He was one of the most talented and innovative composers and gamelan musicians of our time, and we are honoured that he chose to support our work as patron of Good Vibrations .

Born in Java in 1949 into a family of master puppeteers, renowned musician and composers, Rahayu Supanggah was one of Indonesia’s most prolific artists working in the field of Gamelan music and culture. He enjoyed an international reputation as a pioneering academic and collaborator in this field.

He will be very much missed. 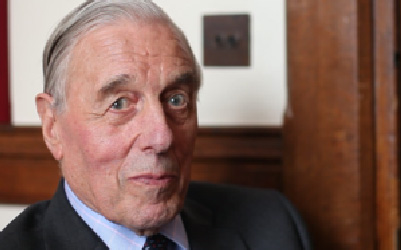 Lord Ramsbotham, who has told us he is “unashamedly, banging the Good Vibrations gong”, served as Her Majesty’s Chief Inspector of Prisons for England and Wales from 1995 to 2001. He is the Vice-Chair of the All Party Penal Affairs Group and the author of Prisongate: The Shocking State of Britain’s Prisons and the Need for Visionary Change.

In addition, he is the Honorary President of the Koestler Awards scheme, President of UNLOCK (the National Association of Ex-Offenders) and an Ambassador for the Prison Advice and Care Trust (PACT).

David is a former General of the British Army and has served in Germany, Kenya, Hong Kong, Borneo, Northern Ireland and Gibraltar. He was awarded a life peerage in 2005, and now sits on the cross benches of the House of Lords.