BL, resident at HMP Stoke Heath, on the damage caused by labelling people

No. 9 in our blog series exploring creative approaches to transforming the criminal justice system.

Author: BL, resident at HMP Stoke Heath. During the pandemic, we sent creativity packs to prisoners to use in their cells while they were spending over 23 hours a day in solitary confinement. Amongst other things, these included an addressed envelope and a request for the recipient to write about their view on preventing crime, for us to include as a blog for this series. BL responded to this request and this is his contribution.

I feel passionate about the changes that could support the long road to crime reduction for individuals, impacting on society and communities.

However, a few simple words here and there do not provide a clear, in depth explanation of the social difficulties which we are experiencing in society. Perhaps, in order to understand how to reduce crime, certain sociological factors, such as social conflict, race, class and strata in society can be considered.

Statistics provide evidence that not all young people from deprived areas fall into crime, leading them into a countercultural existence. What is abhorrent is that labelling plays a significant role in how the identity of self is perceived in society. It is this social conflict that can impact on people and lead them into criminal activity. On the other hand, if individuals lack the power to control and influence their lives, this too may lead to criminal behaviour. Thus, criminality can become a way of achieving opportunities and transforming their lives.

Some people may argue that a capitalist society is to blame for the increase in criminality. The analysis is that it advantages a minority in society, at the expense of the majority. This in turn may lead some people within that majority to commit crime, especially if to acquire the material goods that the capitalist economy generates.

This is a well-documented stance. Yes, as consumers, we are bombarded with a wide range of expensive and exotic goods that the everyday person can ill afford. This in itself causes divisions in crime: white collar crime and blue collar crime. Until these inequalities are addressed – say for a multi-national corporation polluting waterways compared to the working class person committing a crime – greater social bias and labelling of individuals will exist. Corporations are rarely portrayed as a ‘person’, paying fines rather than serving prison sentences.

Perhaps empowering those in socially deprived areas may be one method of reducing crime. Re-installing community centres, which were phased out in the late 80s, would provide the younger generations with the opportunity to develop. Yes, there are inner-city programmes. However, there is often a process of gentrification, which provides growth on the one hand, but fails to provide communities the opportunity to develop their own areas themselves. It may still be seen to be ordering and controlling people’s lives.

Investing in prisoners who have genuinely turned their lives around, or those on the fringes of social exclusion, is a better alternative to the cyclical nature of the prison door. Deviant behaviour is expensive on society, creates victims, in addition to pressures on valuable resources. This is an opportunity to grow, to change the very perspective which embodies crime reduction. 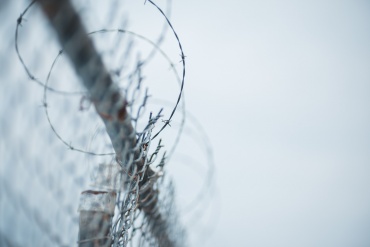