Laura Caulfield, researcher, on the value of the arts in criminal justice

No. 10 in our blog series exploring creative approaches to transforming the criminal justice system.

This year marks my twentieth year working as a researcher in forensic psychology and criminal justice. Reaching this milestone prompted me to reflect on my journey so far, how I got here, what I’ve learnt, and also to think about what the future might hold.

In 2001 I began my career as an academic conducting research into traditional programmes in the criminal justice system. I was applying my knowledge of psychology and research methods to measuring whether rehabilitation programmes were effective. Most of my work involved conducting quantitative analysis of large-scale datasets to ask questions like ‘do Offending Behaviour Programmes reduce risk of reoffending?’. While the research was interesting and valuable, I began to realise that there are issues with a ‘one size fits all’ approach and that some people in prisons and serving community sentences are just not ready – or not yet able – to engage with standard programmes and education.

Fast forward to 2007 and a colleague asked if I would be interested in applying the methods I used to measure accredited programmes to evaluating a music programme in prisons. I’ll admit that I felt sceptical, because I’d only ever thought about addressing formal risk factors in prisons, and it wasn’t immediately obvious to me how a music project could have an impact on prisoners. However, as a researcher, starting from a sceptical position can be a good thing and being curious is central to this line of work.

The project I’d been asked to evaluate was run by Good Vibrations and I embarked on a steep learning curve. I spent time in prisons with participants on week-long courses and I observed as groups of prisoners, many of whom were unknown to one another, came together with a Good Vibrations facilitator. I watched as over the course of a week they learnt about Gamelan, learnt how to play and compose, and at the end of the week performed a concert to peers, prison staff, and external visitors. What struck me most was not the musical skills they developed and the impressive nature of the performance, but what happened to individuals and the group as the week progressed. The research told me lots of things and the key messages were: participants developed social and communication skills, which is important to solve problems, talk things out, and reduces the risk of arguing and aggression. Participants were calmer, which is good for health and wellbeing as well as reducing violence and aggression. Participating also acted as a stepping-stone into formal programmes and education for some prisoners, through building confidence and learning that they could achieve.

Those first projects with Good Vibrations have stayed with me. I have had some really amazing experiences seeing people engage, connect, and be inspired. That research led on to working with numerous arts projects and organisations, including the Irene Taylor Trust (music), the Artist in Residence at HMP Grendon (a Therapeutic Community prison), Rideout (who work with range of creative arts, often drama-based), Birmingham Youth Offending Service music project, Sandwell Youth Offending Service (their innovative service wide creative approach), London College of Fashion and their Making for Change (fashion design & manufacturing) inititative with women in prison, and the Centre for Design Against Crime and their work redesigning cell furniture. I’ve been closely involved with the National Criminal Justice Arts Alliance (NCJAA) in the UK, and the US-based South West Correctional Arts Network (SCAN). Overall, what I’ve been working on is developing the evidence base around the arts in criminal justice and trialling robust methods.

Over the last decade, the role of the arts, culture and creativity in criminal justice has been of increasing interest to policymakers, practitioners, the criminal justice system and researchers. In 2019, the UK Department for Culture, Media, and Sport Commons Select Committee acknowledged the ‘impact of culture … on positive outcomes in health, education, criminal justice’. There is now substantial evidence of the impact of the arts in criminal justice: indeed, between the United Kingdom and the United States, there are over 160 research studies. In 2012, the NCJAA launched the Evidence Library, ‘an online library, housing the key research and evaluation documents on the impact of arts-based projects, programmes and interventions within the Criminal Justice System’. (NCJAA, 2019c). Other countries have followed the Evidence Library initiative, setting up their own resources. See, for example, the Prison Arts Resource Project, which ‘is an online library of evidence-based research into U.S. correctional arts programs’ (PARP, 2019).

My own contribution to the evidence has involved working with a variety of art forms across the prison estate, with young people serving community sentences, and with people leaving prison and re-entering the community. Most recently, and in response to some earlier criticisms of research in this area, I published a study that really sought to push the evidence base forward. Working with girls and boys taking part in a music programme run by a Youth Offending Service (YOS) and analysing data that the YOS collects, we found that children who completed the music programme were more likely than a comparison group to engage with the YOS, and showed were statistically significant improvements in well-being and musical ability over the course of the project. The children talked to us about how safe they felt, how their confidence was growing, and about the new positive relationships they had formed.

There is more to uncover and investigate but the value and impact of the arts is clear. At this point in my research journey it is my doctoral students whose work I am inspired by. One of my doctoral students has just completed research to help us understand more about some of the amazing people who deliver creative writing programmes in prison. Another is working to understand the training processes for actors working in prisons. Understanding more about creative practitioners and the relationships built in the spaces created through the arts will help us all keep learning and developing research and practice in the criminal justice system. 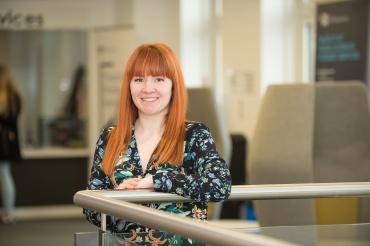