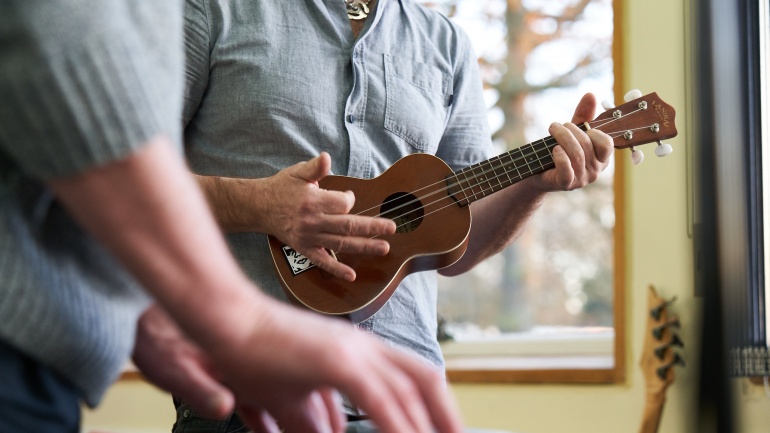 Fay (occupational therapist) and Kieran (Good Vibrations facilitator) discuss about one of our secure hospitals projects and the impact the sessions have had on participant Dean.

Fay: Dean has been in hospital for over ten years. He’s got better, and then relapsed, over and over again. He was at a point where he felt hopeless and frustrated and like he had no reason to try and get better anymore. Music was really dear to him so we decided to give him leave so he could attend a Loophole session.

Kieran: During our first session together, I quickly realised that Dean has no control over anything in his life. So, I let him go through the process that he insisted on to make tracks, even though it made no sense musically. When he listened to what he’d made, he didn’t like it and asked if we could do what I had originally suggested. Although it slowed the process, it is vital that I let him try and do it his way. The respect needs to go both ways.

Fay: That’s what made the sessions work; Kieran completely respects Dean’s artistic integrity. Kieran at no point showed any judgement over the quality of the work, which was crucial to Dean coming back week after week. Dean does this interesting thing where he throws things out that are important to him. Each week he would come in and listen to the previous week’s work and shout at Kieran, insisting that he deletes it. Kieran was so accommodating while still putting boundaries in place, explaining to Dean that he needed to respect that Kieran had also spent time working on that track. It became a very true representation of a healthy relationship in the real world.

Kieran: Throughout our sessions, I’ve definitely noticed changes in this patient, all positive ones. Like Fay says, a friendship has formed between us. Now when he comes into the room for his session he is smiling and happy to be there. He still arrives in an explosion, knowing that he’s only got a 50-minute session and there’s so much he wants to get done, but now he’s jovial, whereas the first sessions were a little more confrontational.

Fay: During his time with us, Dean has never been able to commit to regularly attending activities before. The fact that he has felt able to attend these weekly sessions – and has even looked forward to them – has been instrumental to him in other ways. There is a piece of work that he has been avoiding for years and he has now agreed to talk about it. It’s a significant piece of psychological work that he needs to complete to allow him to progress in his recovery. This is due in part to the recent positive experience with Loophole of trying, succeeding, failing and coming back to it. Dean also has a very difficult relationship with his father. Through his music, he wants to reach out to his dad to show him that he’s doing well – the first positive contact with his dad in years. Loophole has paved the way for other work to happen and for Dean to build more positive relationships going forward. 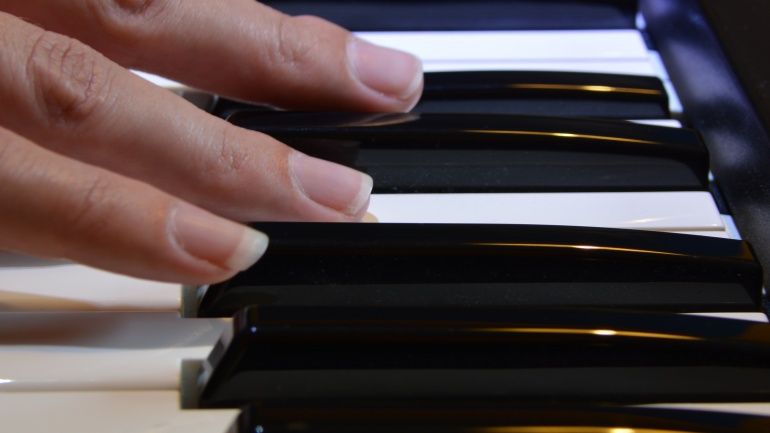 When I first came to a Loophole Music session as a patient at Bethlem Royal Hospital, the thought of performing in front of people terrified me. I’ve played piano for many years but I didn’t think I’d ever have the confidence to play in front of anyone. However, after two sessions and lots of encouragement, Kieran and Bison persuaded me to sit at the piano and play for them. They recorded me playing a Chopin piece, and while they were clearly impressed, I hated listening back to it. I couldn’t help but punish myself for all the stupid mistakes I made.

As I’ve had training in piano, I feel exposed playing it in front of people and am hyper-critical of my abilities. Kieran and Bison recognised this, so they encouraged me to keep coming to the sessions and helped me learn to play ukulele instead. As I was learning ukulele from scratch, I was less hard on myself and I felt free to experiment and make mistakes in front of them. Soon, I was playing covers of my favourite songs by David Bowie and The Smiths. The difference was that this time I wasn’t judging my ability, even though I was out of my comfort zone.

That was a real turning point for me. Learning to play ukulele helped me gain the confidence to put myself out there. After vowing to never sing publicly, I volunteered to take part in the Bethlem Christmas Carol Concert and even sang a solo in front of the live audience. I’ve also bought myself a ukulele and set myself the challenge to start writing original compositions. Engaging with music again through Loophole empowered and motivated me, and more than that, it was a whole lot of fun. 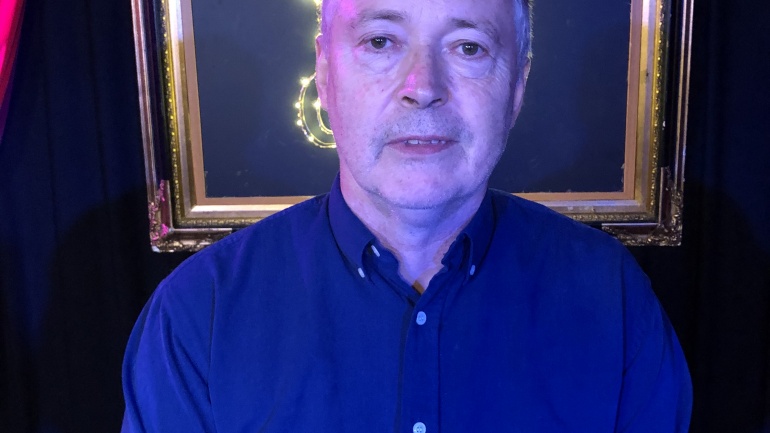 I first joined Good Vibrations’ Loophole Music project in 2018, when I was a patient in Bethlem Royal Hospital in Bromley. I was so happy to be creative again. It reawakened something in me that had been lying dormant for a long time.

In the 80’s and early 90’s I sang with a band in pubs and clubs in South London. I really loved it, but then in the late 90’s, due to mental health problems, I found myself in hospital for the first time. When I came out, I joined another band playing covers and writing some of our own songs too. It was going really well, but, you know, sometimes life gets in the way of your plans. I was admitted to hospital again. Taking part in Loophole Music definitely helped me with my recovery. I think music is a truly international language and it’s very therapeutic – I find it very soothing, comforting and relaxing.

I take care of my mental health now by making sure I get plenty of fresh air and exercise, and by getting involved in positive activities. I work in Bethlem Hospital through a charity called Hear Us, giving peer support to patients. One day in 2020 when I was working, I saw a notice about Loophole Music and I asked if I could join again. Kieran and Bison, who run the project, encouraged me to focus on writing my own music and lyrics. So I started working on some songs I’d begun a long time ago and never got a chance to finish. It’s really exciting to be able to make music again. I’ve got plenty more songs inside me. I mainly sing and I’m learning to play a bit of bass and keyboard too – just a few chords. I even played violin using an ipad the other day. Music technology is all new to me!

I find the Loophole Music project inspiring. It has really helped me and has become an important part of my life, so much so that I volunteer at Loophole now. I get a lot out of helping others who are going through something similar to what I’ve been through myself. Between sessions I can still work on my own songs, which means I can keep my own creativity going too.

One thing I loved doing was helping Kieran and Bison run an online workshop from a pub in Stockwell as part of the Maudsley Charity festival to mark World Mental Health Day 2020. I learned a great deal from the experience, and it gave me a lot of confidence too. I hope I’ll be able to stay volunteering with Loophole for a long while – I’m here as long as they’ll have me!