From prison art to lockdown art to…

Author and artist Ruinbow writes for Good Vibrations about how he got into art while in prison, his experience of being an art mentor, and his drive to make art accessible for all.

I did not take to art easily, I found it really boring and a bit pretentious. I thought most of it was just crap. I did not like the tutor in prison. She just wanted me to do colour wheels and draw pictures of apples, none of which interested me.

I was sitting in my cell one evening and my cellmate was watching something on TV. I was flicking through a magazine and I thought, “I could draw that,” I picked up a pencil and started drawing on some scrap paper. I was really happy with the results at the time. 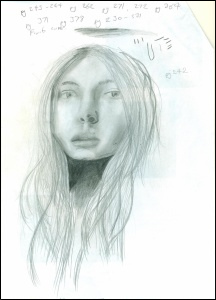 On reflection, the artwork is not that good but it is the feeling of accomplishment and satisfaction that drove me forward.
I kept questioning my ability at every stage with the desire to become better. I focused mainly on portraits and people approached me on the wing to draw for them in return for chocolate and shower gels (prison currency).

I became an art mentor in prison, working under the tutor that I didn’t take to, after being a maths and English mentor for education. I had already established myself as a trusted prisoner (not an oxymoron) within this role. The art tutor liked my work and knew that I could guide other people in the right direction. My favourite type of person was those who said they could not draw or do art. I just had to help them become confident with drawing. I never did any demonstrations for them but I gave them advice. I told them, you are just worried that what you draw does not look good or right, but when you were a kid, you probably didn’t even think about ability. You just drew! 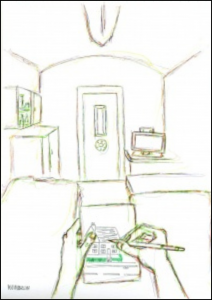 I taught them to draw a circle using just words. I gave them a piece of paper, pencil and rubber. I said, “draw a circle” and they started to draw, some took their time and had a shaky line and some created an egg shaped blob. I asked them, “is that a circle?” and they replied “no”, so I gave them the option to correct it and every time they would rub out what they had drawn and tried again. I told them not to do that, never ever to do that. I explained what they have on the paper is not far off from being a circle and if they keep rubbing it out and starting again, they will keep on making the same mistakes. I told them to use what they have done as a guide and to imagine a clock 12, 3, 6, and 9. So split the circle into quarters. Ask yourself questions. What is wrong with that part of the circle? How can I make it better? I instructed them to draw a correct line over the wrong line (or a better line) and only when the better line is down on the paper, then and only then can you rub out the wrong line. I sort of became like a driving instructor, I just told them what to do and they were really happy with their results

They kept asking to see my work and they wanted me to draw for them as well so this gave me a regular source of income (the chocolate and shower gels). Being the art mentor also gave me a status of being the guy to go to for drawings. At first, I was charging £3 for an A4 piece and £5 for an A3 piece but as I became more popular I started to charge £25 for anything. I read loads of books on technique and I learned about a lot of artists in prison. 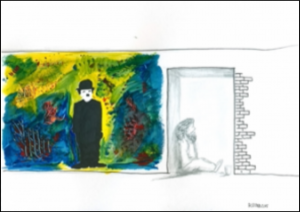 One day I noticed Koestler Awards advertised in the prison and I decided to enter. The drawing below won a First Time Entrant Award, Bronze Award, Highly Commended and this year my artwork was selected for exhibition. 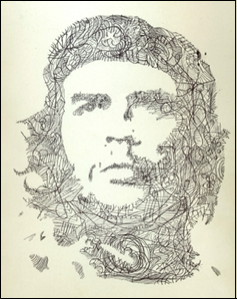 The money that I received from Koestler I have invested in art materials.

I have recently been diagnosed with autism and there are several traits that support my passion for art. I have good attention to detail and I became obsessed with art, just wanting to know everything about everything.

Recently, I have been working on an idea that came to me from the pandemic. I noticed rainbows everywhere and this became a symbol of gratitude and hope. I thought because this was plastered everywhere on TV, in people’s houses and in shops, people will just associate these colours and the rainbow with the pandemic in the future, therefore they will be ruined.

I watched a documentary a couple of months ago about Banksy and I have seen how he works and creates his images. I started to do the same but appropriated the images with rainbows. I call these ruinbows. Before watching the documentary, I had the idea but the style was more of a multicoloured line drawing, starting with the lightest colour, and working to a darker colour building it up to a more accurate representation. 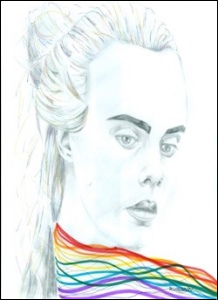 As I have recently left prison I am homeless myself, but I do have a roof over my head so I am in a better position than those sleeping rough. That is why I have decided to give away signed prints of my work to homeless people, so they can display and sell the work if they want to. It annoys me when people just walk past the homeless like their lives are so much more important than the insignificant people in shop doorways.

Why don’t people stop and talk to them, say hello, perhaps give them a little bit of money, and so what if they were to buy fags and booze with the money? I’m on benefits and I try to give a pound a week away to the homeless. I don’t think anyone should be homeless.

What I’m working on now 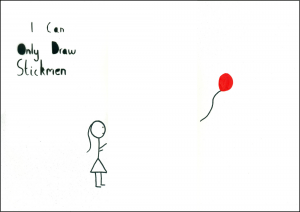 This piece didn’t take me too long to complete but it is for all of those people out there who make the excuse, “I cannot draw, I can only draw stick men” that they can still create recognisable works of art and it is what they do with those stickmen to create artwork. 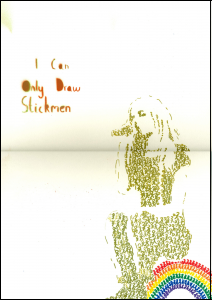 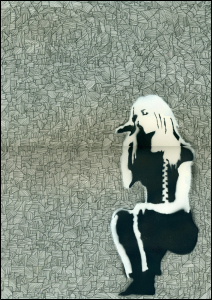 This piece took me two days to complete and it was really therapeutic. I was definitely in the moment with it and I couldn’t focus on anything else. I did not worry about any of life’s problems when creating it. This piece is not yet finished as I need to place the rainbow on it but you can see the process on how these pieces work. It took me a while to draw and create the black and white image, but I have now created stencils to make it easier to reproduce the image over and over again. There are 2 stencils that make up the image, a silhouette of the whole thing, all sprayed white. Then a flimsy little stencil to cover up the white parts and this is overlaid then sprayed black. The stencils are made out of cereal boxes as they are cheap material to work with. I want people to understand that making art does not need to be expensive. 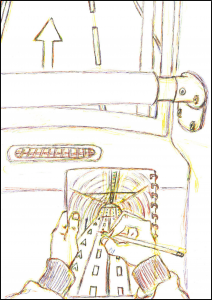 I did this sketch on the way to Liverpool on the bus. Outside the window is just a road but on the sketchpad is the Mersey tunnel. I had a lot more time drawing the inside of the bus and the sketchpad with hands but in the tunnel was time limited. I had to work really quickly and decide which part of the tunnel to draw because there is a lot of turns and ups and downs in the tunnel. I got down most of the information on the first time through but completed it on the way back.

My artwork has definitely developed since I was released from prison in February because I now have immediate access to materials and can look at other artwork in galleries and online. I’m looking forward to seeing where my art takes me in the future. 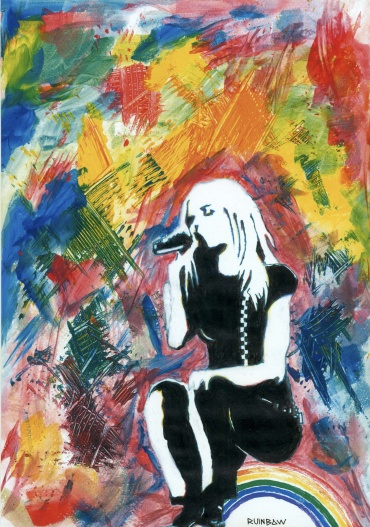