Many people including myself didn’t think I would see my 30th birthday.

I grew up in a pub with alcoholic parents who had regular drunken fights. Me and my brother had no restrictions. I was 5 when I had my first run in with the police, shoplifting from the local newsagents.

By the age of seven I had my first permanent exclusion and by eleven I was smoking cannabis and drinking alcohol. The alcohol was easy to get hold of but the money for cannabis was a little harder, so I turned to crime. My drug habit escalated and I got into trouble with the police regularly. By 14 I was in specialist provision, where I met other boys like me, with the same disrespect for education. I was out of control, angry and violent – that youth everyone’s scared of – and it was inevitable I’d end up in prison.

I was determined to make it my first and last time. On release, I looked for work and volunteered with community projects. Then my dad died suddenly. I was 22. Everything went into free-fall. I used drink and drugs as my answer and the anger built within me and I became involved in a fight which resulted in a 4 year sentence.

I moved into far more violent circles. Within months I had a serious cocaine addiction, fuelled through crime. I had to hide in my flat because I now had drug debts myself. Finally, I committed a serious violent offence and I was given an IPP – imprisoned for public protection, which means I was a danger to society and unsafe to be around. The only way I was going to overcome this was to change everything in my life.

I knew I needed structure and support to stop me re-offending. I started by learning how to read properly. I accepted counselling and help from agencies I shied away from in the past. Trying to change the habits of a lifetime is hard and at times I have stumbled. However, I have done my best to use my time in custody effectively. I’ve got a partner and a baby now, so I’ve got to make it work.

Good Vibrations came to my prison in early 2020. I’d never seen a gamelan before, so it was totally new to me and to the other men who took part. We were on the same level – all out of our comfort zones. We had to leave our egos at the door and collaborate to master this unfamiliar set of instruments. We had to encourage each other, or else the whole thing wouldn’t work, and this built confidence and self-belief. We took something we knew nothing about and in 5 days we were skilled and confident enough to showcase it to others, not just staff, not just family but fellow prisoners – that’s massive.

Good Vibrations gave me a safe context to try out being more confident, creative, collaborating with others – and that helped me believe in the better version of myself.

I don’t know when I’m going to be released, but I’m determined to do something positive with my life when I am. I’m part of the Rejuvenate Project which supports the rehabilitation of ex-offenders. It has given me structure and the ability to become a positive role model. I’ve even started writing blogs about my experience, something I never would have dreamed of doing a year ago. I no longer want to be a problem in the community, but part of the solution, and I’m focused on remaining that way. 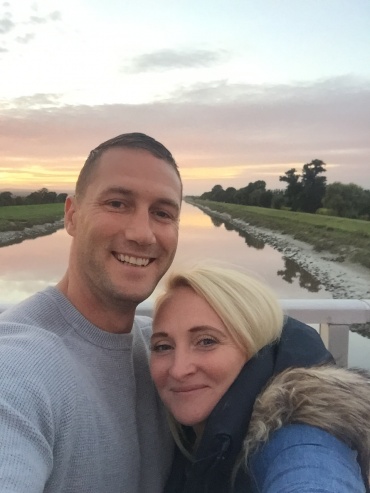