Rosie Burrell 7th January 2022
Hekate joined the Good Vibrations team as Executive Director in 2022. She has two decades of experience in working with marginalised groups including refugees and asylum seekers, survivors of sexual violence, survivors of FGM and survivors of modern slavery. She is passionate about social justice and protecting human rights.
Before joining Good Vibrations, she led research, policy and advocacy work on modern slavery including launching a landmark police super-complaint, she helped establish the National FGM Centre at Barnardo’s and oversaw a national investment in FGM prevention work on behalf of four UK funders. She has also worked with small and grass-roots charities including supporting the founding of women’s and migrants’ rights charities in Greece and Sierra Leone.
She has a BSc in Biology, MA in Environment, MA in creative Writing and a postgraduate diploma in Law. 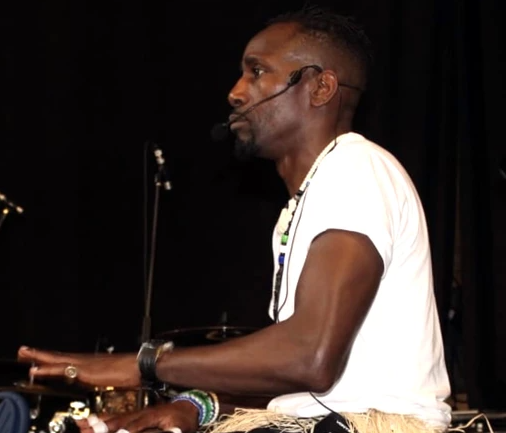 Cecil is a singer songwriter, saxophonist, guitarist and composer. He has been working with Good Vibrations since 2020, recording online music videos and resources with facilitator Laurence Rugg. These have been to support men at Liverpool prison during the pandemic, and for an online international performance collaboration with partners such as Way Out Arts in Sierra Leone.

Cecil lives in Hull and runs music workshops in primary and secondary schools. He also works with the Open Doors project for asylum seekers and refugees. Music has been part of his life since he started his musical journey in Freetown Sierra Leone at the age of twelve. He then travelled to the UK where he continued his musical pursuits by studying at Morley College and Hull University respectively. He plays music from around the world, including gamelan, jazz, pop and classical. 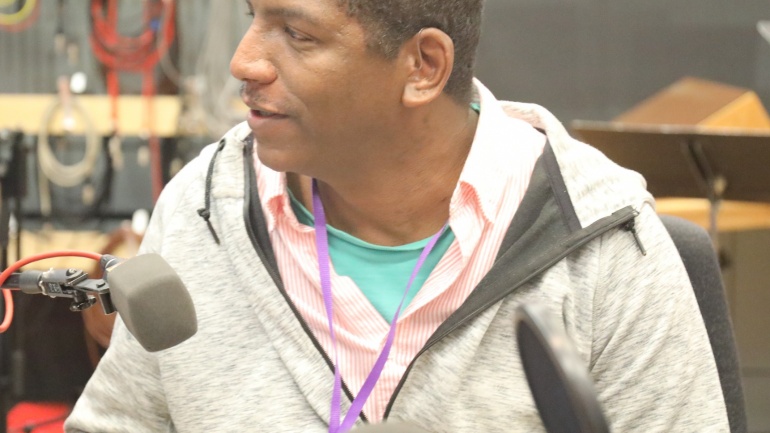 Russ is a DJ, with his own weekly slot – The Chatterday Show – on Sunlight Radio, and he has also hosted Outside In programs for National Prison Radio in partnership with the BBC. He sits on the steering group of the National Criminal Justice Arts Alliance, and is Media Director for the charity, Teach A Friend To Read. In 2020 we commissioned him to record and produce programs for our new Bite Sized Vibes podcast and radio series. These were shared online, and on prison radio stations across the UK. These podcasts and radio shows have proved a great success and will become an ongoing part of our work, which Russ will lead on.

Russ is also a long-standing volunteer at Good Vibrations, and one of our past-participant advisors. 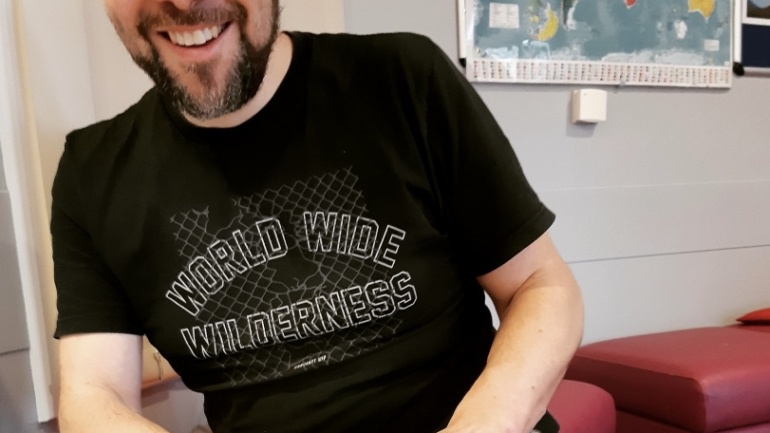 Alan has been facilitating community music and visual art workshops in Central Scotland for nearly two decades. His practice involves working with a wide range of real instruments alongside music technology and finding new and engaging ways to enable all kinds of different client groups to create, play and record music together.

His career path has been equally DIY and unconventional, having trained as a cellist as a teenager before going to Glasgow School of Art to study printmaking, and becoming a DJ and recording artist, and setting up student radio stations along the way. As well as working with Good Vibrations, Alan works with numerous community arts organisations including Artlink Central in Stirling, and Common Wheel and The Glad Foundation in Glasgow. 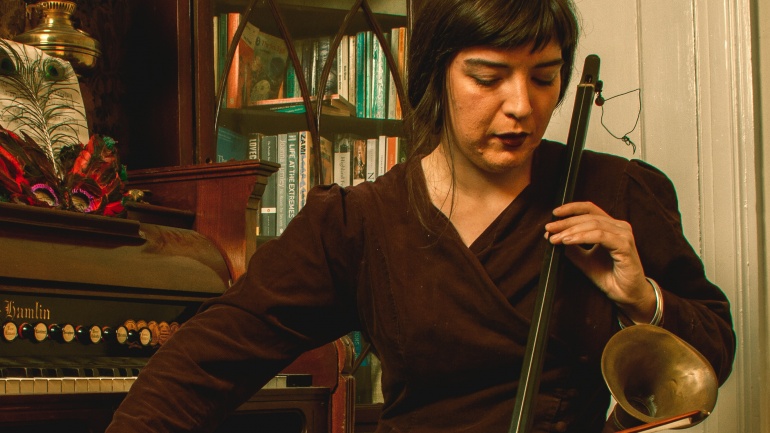 Ceylan started with Good Vibrations as a workshop facilitator on the Resonate project in Glasgow in 2020. She has been working in community music contexts since 2012, specialising in free improvisation and cross-collaborative approaches. Outside of facilitation, Ceylan is a vocalist and avid instrument collector, frequently composing for theatre, dance, spoken word and film. Rosie is Good Vibrations’ Admin and Communications Co-ordinator. She recently graduated with a degree in Philosophy from the University of Glasgow.

As well as working for Good Vibrations, Rosie works and volunteers with several organisations in Glasgow that support refugees and asylum seekers in the city. Rosie is engaged in issues affecting refugees, asylum seekers and vulnerable migrants in the UK, particularly surrounding immigration detention. She is also part of a climate action group, and is interested in the connection between climate justice and social justice. 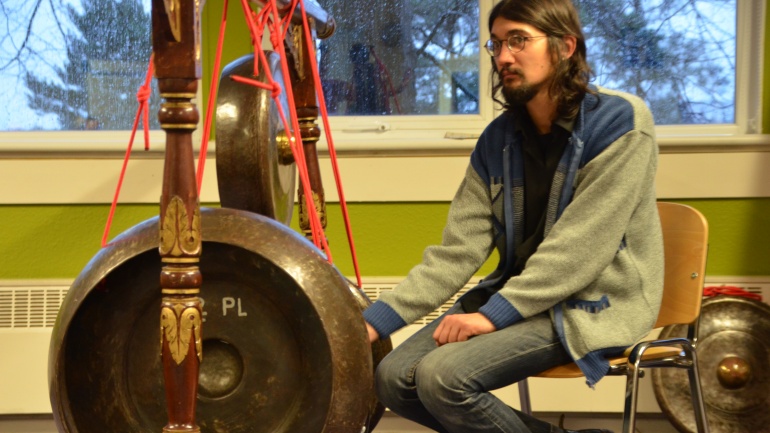 Jason joined our team as an Assistant Facilitator on our Resonate project in 2019. Since having studied gamelan in Java he has been pursuing studies in Understanding Autism, and Special Needs Assisting in Dublin and Glasgow. Jason has also worked in classroom support with primary school children with additional needs, and has experience of working in the music retail sector. 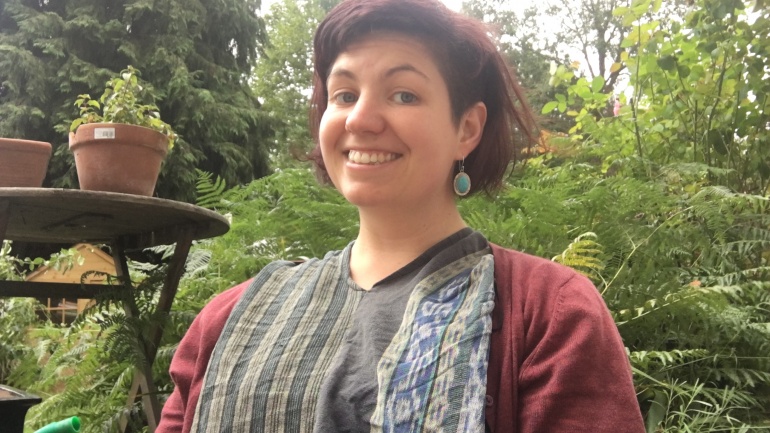 Good Vibrations 13th August 2019
Ellen began playing gamelan at the University of York in 2008 and has over eight years of experience leading gamelan workshops in community settings, schools and in pupil referral units. Through co-founding the York Community Gamelan, she has led workshops for pre-school children, collaborated with accessible arts organisations and developed a residency project at a homeless day centre in York. Ellen has artistically directed a variety of inter-disciplinary, culturally-informed performances, including a contemporary wayang (shadow puppetry show) and numerous performances combining traditional and contemporary dance, visual projections, poetry, recorded sounds and gamelan compositions. She performs regularly with Asada Duo, Southbank Gamelan Players, and Sekar Enggal, and is passionate about using the arts as a tool for individual and social change. 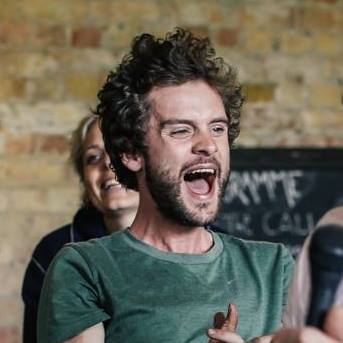 Sam is a community builder, facilitator, musician and mental health advocate. For the last three years he has been Community Organiser at Sunday Assembly East End, which he helped found in 2016, a secular congregational community in Poplar, East London. He is also founder of grassroots participatory arts and events collective, Antenna, which organises bespoke events supporting and celebrating grassroots London social change communities, and organises A Mindful Mess, a yearly three day mental health and community arts festival. He is a fellow at St Ethelburga’s Centre for Reconciliation and Peace, where he took part in their Spiritual Ecology fellowship. 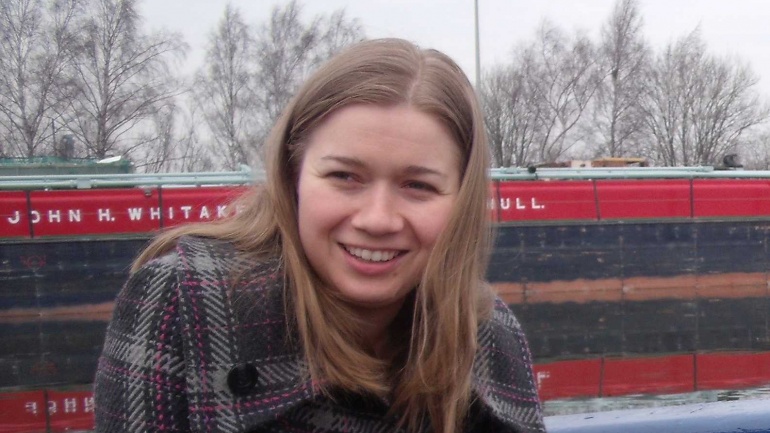 Emily has been playing Javanese gamelan and working as a community musician and composer since 2005. She currently directs Gamelan Sekar Petak at the University of York, leading student and youth ensembles and running inclusion projects with children across the city. She also works regularly with adults with disabilities and those experiencing mental health problems, exploring creativity through gamelan, composition, improvisation and theatre. Emily has an MA in Community Music from the University of York. She joined Good Vibrations in 2019.